As the world’s most popular fish to catch, bass provide abundant location choices, challenging and fun angling, and great taste. Two of the highest targeted species are smallmouth and largemouth bass, and telling them apart might be more challenging than you think.

In this article, learn the similarities and differences of smallmouth vs largemouth bass, ideal habitats and fishing hotspots for each, bass fishing tips and tricks, and the answers to other frequently asked questions regarding these popular sport fish.

The smallmouth bass is a member of the sunfish or Centrarchidae family, including largemouth bass, crappie, catfish, and other frequently targeted varieties.

Usually, smallmouth bass appear brown or nearly black.  Its markings consist of vertical stripes or bands, dark brown, along its sides. While you’ll often hear that smallmouths have red eyes, they can also have brown ones.

You can probably guess the most notable difference in a smallmouth bass vs. a largemouth: its mouth is smaller. However, if you aren’t familiar with both varieties, it can be tough to make that comparison on-sight when you catch a smallmouth. 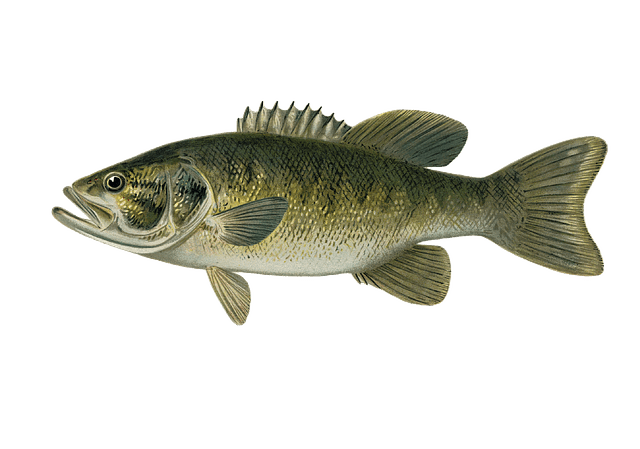 Like the smallmouth, largemouth bass belong to the sunfish family, freshwater fish with ray fins. It will have the same number of rays in its dorsal as a smallmouth (12-13), but the fins will appear like two separate ones along its back. A smallmouth's dorsal fins look more connected.

While size is a great disguising factor—largemouth can grow to 15+ pounds—the coloration differences between these two will be a much more reliable indication of which one you’ve caught.  Largemouths are green, either a brighter and truer shade or more mottled and grayish, whereas smallmouths are brown.

Markings can help you identify largemouth bass vs. smallmouth as well. Unlike the vertical bars of smallmouth, you’ll notice horizontal splotches or spots that form a sort of line all the way to the tail.

Finally, the size of your catch’s mouth can help you identify it. Largemouth bass have bigger mouths, and their top jaw doesn’t go up as far.  What’s more, the corner of its mouth extends past its eyes. 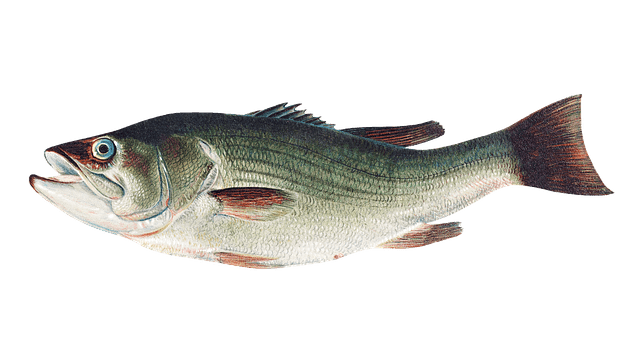 Smallmouth were native to the northern portion of the Mississippi River and the Great Lakes system. Largemouth began in those waters as well, although it’s also considered native to Central America.

Today, largemouth are found across the United States and in portions of Canada and Mexico. Because smallmouth prefer cooler water, you’ll generally find more of them in northern areas.

Smallmouth bass also prefer cleaner waters than largemouth, which can be found in a much wider range of habitats overall. You’ll often find smallmouth in mild to strong currents, whereas largemouth gravitate towards more stagnant waters. Even swamps aren’t unusual fishing spots to land a largemouth. They’re often found in shallow water with abundant vegetation and strike more readily than easily-spooked smallmouths.

Spawning season takes place from late April to early June for largemouths and similar timeframes for smallmouth in most areas. However, fishing can be very productive in the pre-spawn window of late March to early April.

Both varieties build nests in gravelly or sandy areas where the water is shallow and current is minimal or non-existent, although smallmouth will tolerate water movement more.

You can find smallmouth and largemouth bass all over the U.S., but largemouths are more prevalent thanks to their preference for still, warmer water. Northern states are the best bet for smallmouths, such as Lake Erie and connecting waterways.

For largemouth, you’ll have the greatest luck fishing warm, southern waters with lots of vegetation or other coverage. Avoid places with fast currents, and seek out structures where they’d be likely to hide.

Both bass build nests close to the same place year after year, a trait known as nest-site fidelity. If you find a great pre-spawn fishing spot, remember it. You can fish it again and again for years to come.

You won’t need much in the way of specialized equipment to catch smallmouth or largemouth bass, which is one of many reasons these fish are so popular to target. To get started, you’ll need:

Largemouth are less picky than smallmouth, so sometimes the same bait will work for either (crayfish, for example). Minnows are also a favorite baitfish. In terms of artificial lures, spinnerbaits or soft plastic lures are great for smallmouth bass. For largemouths, try larger lures that mimic baitfish.

Seasons To Catch Them

Pre-spawning season in March and April are the best times of year to land bass, both smallmouth and largemouth. The fish strike more readily and are eager to feed after the winter.

The months after spawning (summertime) can be the most challenging for catching smallmouth and largemouth bass. You might want to trade shore fishing for boats during these months, so you can access the deeper, cooler waters where bass are more likely to be.

The best time of day to catch bass is early morning or late afternoon when visibility is lower. Rainy or overcast days are great, as well.

Night fishing also proves fruitful for many anglers, especially if you’re looking for very large catches. Since summertime brings intense heat in many areas, some bass won’t be as active until after sundown.

Although largemouths can grow bigger (and in theory be harder to catch due to size), they feed more aggressively and frequently than smallmouths. Even when a largemouth has just fed, it’ll strike whatever catches its eye.

What’s more, smallmouths scare more easily, and therefore take their time striking. They also don’t venture into shallow areas nearly as often as largemouth bass, so spotting them can be tricky.  When you do get one on your line, prepare for a much harder and longer fight than a largemouth will typically put up.

Because largemouth bass strike more—and are more abundant—they’re the preferred target of many beginner anglers, even children. Although they can and do grow larger than smallmouth, they’re not as aggressive.

Smallmouths are considered the tastier fish when compared to largemouth bass. They’re less fishy and slightly sweet, with a mild flavor many find pleasing. Largemouth, while mild compared to other varieties, have a stronger fishy taste some people deem off-putting.

The largemouth’s preference for warm or slightly murky waters is what many anglers believe causes its fishier, less clean taste when compared to smallmouth. Both are generally regarded as delicious, however.

Additionally, both largemouth and smallmouth bass have a firm texture that holds up well with frying, grilling, or baking.  They’re high in protein, low-cal, and lower in mercury than many other types of fish. 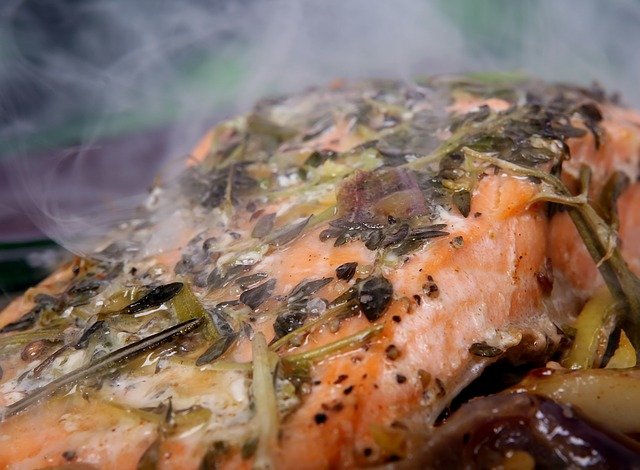 Can you fish for bass at night?

Fishing at night is often ideal for many anglers since the cooler temps and lower visibility draw fish (including bass) out of hiding and increase strike frequency.

Are smallmouths more aggressive than largemouths?

Yes, smallmouth bass are considered more aggressive than largemouths. They put up a stronger, more enduring fight once they’re on your line.

Can you eat largemouth bass skin?

While some anglers love the flavor of a properly cooked fish skin, most agree that removing your largemouth bass’s skin before you consume it will make the fishiness less pronounced (and provide a more appealing texture).

How old is an 18-inch smallmouth bass?

Generally speaking, a smallmouth measuring 18 inches in length will be five or six years old, although it varies by region.

What state has the biggest smallmouth bass?

Currently, the record for the largest smallmouth (roughly 23 inches long and weighing nearly 10 pounds) was caught in Michigan. Tennessee holds most of the records for large smallmouth, however.

What state has the biggest largemouth bass?

The current world record was caught in Georgia: a largemouth weighing over 22 pounds. Michigan, Texas, and Alabama are also renowned for big largemouths.

Bass fishing is one of the world’s most popular types of fishing—and one of America’s biggest outdoor recreation sports, period.  When targeting smallmouth bass vs. largemouth bass, it can be helpful to remember their habitat preferences and behavioural differences.

While smallmouth like cooler waters and currents, largemouth don’t mind warmer temps and gravitate to still or slow-moving waters. And despite being the smaller of the two, smallmouths tend to be more aggressive and harder to catch overall.