Anglers worldwide have debated for decades about the tastiest freshwater fish, but rarely will opinions differ when the topic of sauger and walleye arises. These fish are widely considered the best-tasting fish out there, with sweet and mild flavors even non-seafood lovers can enjoy.

In this guide, learn the differences and similarities of sauger vs. walleye, the best places and methods for landing these delicious fish, and the answers to other frequently asked questions.

You’ll notice the sauger has a body color almost like brass or deep gold with large, dark-colored spots. Sometimes their bodies are dark gray or blackish-brown, and their stomachs are white/light colored.

Sauger tend to be small, somewhere in the realm of a pound, although some grow larger. Their dorsal fins will be spotted, unlike the uniformly-colored ones of walleye.

Finally, the sauger lacks the white marking on its lower tail fin that you’ll find on walleye. This is how most anglers quickly identify whether they’ve caught a sauger vs. walleye when other distinguishing factors aren’t so clear-cut.

Walleye, which belong to the same family as sauger, look very similar in their general profile—but there are some key differences to help you know which you’ve caught, particularly size and color.

First, walleye can grow much bigger and will weigh an average of 2-4 pounds, with a maximum exceeding 20 pounds.

They’re also anywhere between 10 and 20 inches in length, in contrast to the 8-12 inches of most sauger.

Secondly (and perhaps more reliably), you can check colors and markings to differentiate between these fish.

Walleye are lighter than sauger overall. While they have dark-colored backs marked with black bars, their flanks are light yellow or greenish, fading into a light belly. 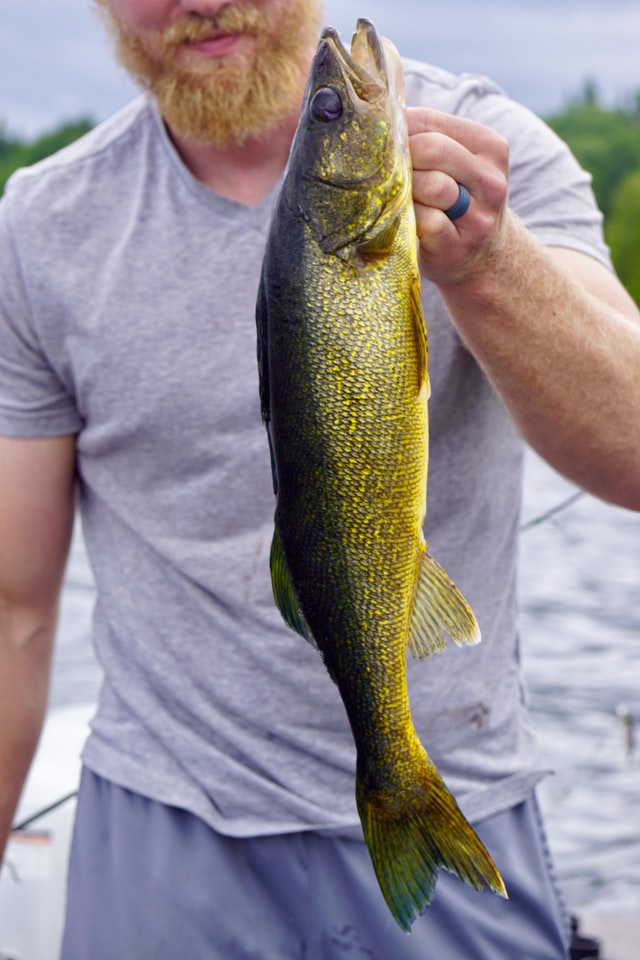 Walleye will lack the spots you’d find on sauger, as well as the spotted fins. Walleye also have a white mark on their lower tail fin. Sometimes this will be a tiny mark, easily missed. Other times, it can cover the entire fin.

When you fish for walleye, you’ll most likely use these fin markings (or lack thereof) to identify your catch and tell it apart from a sauger.

Sauger Vs Walleye (Are They The Same?)

Despite looking similar, sauger and walleye actually prefer different habitats and don’t often occupy the same body of water (although they can).

Walleye like deeper, cooler waters with lots of clarity and gravelly bottoms. Reservoirs or lakes are their usual hangouts.

You’ll find sauger in more streams or rivers than lakes.  They like areas with currents but won't stay directly in them too much. Instead, they congregate in deep pockets or areas where the current slows, especially if it has a sandy or muddy bottom.  The clarity of the water is lower than where you’ll find walleye, as a result.

Sauger spawn in the springtime, right after the walleye in most cases, when the water is somewhere between the high thirties and mid-forties (Fahrenheit). This is around April or May in many locations. Walleye spawn a bit earlier, around March to early April.

Walleye and sauger can also hybridize, forming a saugeye.  The saugeye isn’t sterile like other fish hybrids, but they don’t reproduce as plentifully and are usually only stabilized via stocking from hatcheries.

Sauger and walleye are both found all over North America now, thanks to migration and stocking over the years.  Some areas where sauger are more plentiful include Missouri, Mississippi, and the Great Lakes and surrounding waterways.  However, you can find sauger all over, including midwestern states and locations along the east coast.

Similarly, walleye can be found almost anywhere.  In fact, their locations spread even farther than those of the sauger, due to a broader habitat range. Besides the Great Lakes and surrounding areas, you can catch walleye in Washington, Texas, Florida, and any of the contiguous states all the way up into Canada.

Both species hang out in deeper waters, usually between 20 and 40 feet, although shallows aren’t unheard of (especially for sauger, who prefer warmer temps and might hang out a bit closer to the surface at times, or near currents). 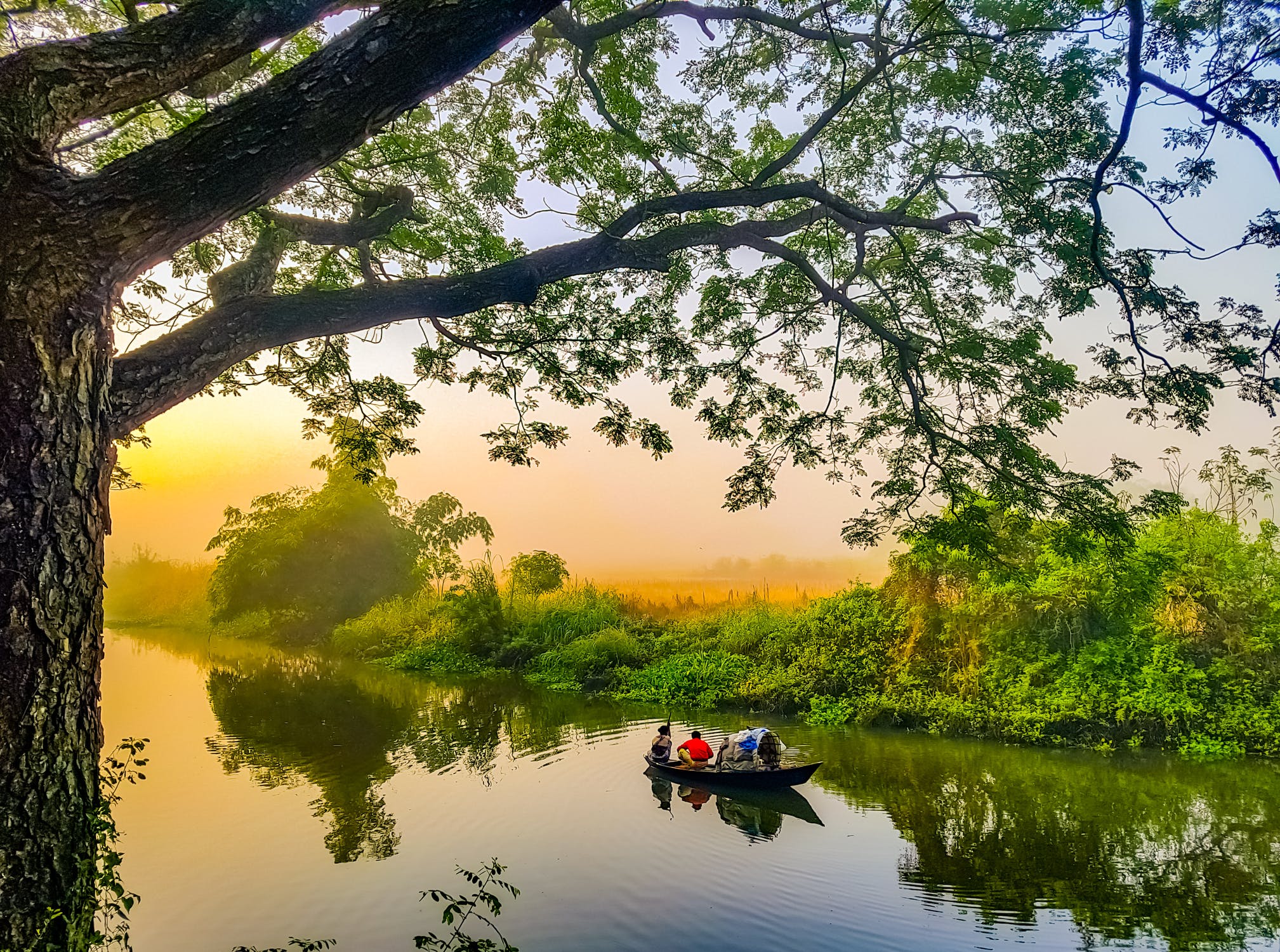 When To Fish Sauger & Walleye (Season To Catch Them)

Late winter or early spring is the best time of year to fish for sauger since this coincides with their pre-spawn season.  These fish will gather and migrate up rivers, encountering dams or other obstacles along the way.

Casting near these structures and catching the migration bottlenecks can land you plentiful sauger for much less work than other times of the year. The best time to fish for walleye will be early spring, as well, when the fish move into shallower areas and are eager to feed.

Cast before the sun comes up, or just before it sets, to increase your odds of landing either fish. These times are when sauger and walleye are most actively feeding and primed to strike.

Do They Taste The Same?

Most people agree that sauger and walleye taste virtually identical, especially if prepared with strong seasoning (or by frying). Both fish offer a pleasing, mild taste with little or no "fishiness," which most people enjoy.

Sauger is sometimes considered sweeter yet tougher, with walleye being firm but tender by comparison and lacking that hint of extra sweetness. This can vary, of course, based on location and habitat.

Sauger and walleye are very popular for frying, grilling, and sautéing.  A simple addition of butter and salt can enhance the flavor of either fish, but more elaborate spices or preparation methods work just as beautifully.

In terms of nutrition, both fish are low in calories, high in protein, and good sources of Omega 3s—although they don’t contain as much as oiler fish like salmon or tuna.

How do you tell a sauger from a saugeye?

A sauger has black dots on its dorsal fin, but a saugeye (the hybrid of sauger and walleye) has both dots and bars. This is the easiest way to tell them apart since they look very similar. As for taste, saugeye are a great sweetness medium between their parent species. Their flavor is just as mild, and the texture is firm but not tough or chewy.

How big can a sauger get?

Most sauger reach about a foot in length, weighing about a pound. The current world record, however, exceeds 8 pounds.

Sauger eat a lot of insects, but are also known to consume crayfish and small bait fish like minnows. Live bait is always better than artificial lures, but some anglers find there isn’t much difference if you select a lure to mimic their natural food.

What lure is best for walleye?

Walleye eat a great deal of minnow, so those are your best bet for both live bait and artificial lures.

Are walleye and pickerel the same?

Although some anglers use the names interchangeably (especially Canadian anglers, or those who fish across borders), pickerel are actually different from walleye. Pickerel are members of the pike family, or Esocidae; meanwhile, walleye belong to the Percidae family and are more similar to perch. However, since walleye goes by many names—some more accurate than others—you’ll often hear it called pickerel or yellow pike just the same.

Are walleye and sauger bottom feeders?

For the most part, walleye and sauger are bottom-feeding fish, although they do feed in shallower depths too, or near drop-offs.

While they look a lot alike, these fish tend to live in different habitats: sauger prefer murky areas in rivers or streams, while walleye like gravelly bottoms of cool, deep waters like reservoirs.

The trickiest part of landing these fish is simply locating them. Once you do, catching sauger and walleye—even if you’re a beginning angler—will be much easier.