Saltwater fishing is known for beautiful, colorful fish that are caught miles offshore. That doesn’t necessarily mean that all saltwater fish fall into those categories.

Flounder are one of the most highly targeted fish in the country, and over the next couple of minutes, you will learn why along with some top flounder fishing tips and how to catch flounder like a pro.

Flounder is an odd fish, plain and simple. They are flat, brown, and have both eyeballs on one side of their heads.

While they look like a doormat in most cases, there are some variations among the different species, so we will start by breaking down how to identify the flounder that live in the waters you plan to fish.

Olive brown on top and white on the bottom. Gulf flounder have 3 distinct spots that are larger and more pronounced than the rest, and they make up the points of a triangle on the top of the fish. They can be found living in shallow water from North Carolina all the way to Southern Florida.

Swimming in the shallow saltwater from North Carolina down to Northern Mexico, this species is darker in complexion than the gulf version. Their spots tend to be more blotchy than round, and even disappear in the larger specimens.

On the West Coast of the United States, Starry Flounder can be found in the mud anywhere from shallow water, to 900 feet deep. These flatfish are a bit lighter colored and can grow up to 3 feet long.

The flounder you will find from Maine to the Carolinas are called Summer Flounder. They are lighter brown or sand-colored. Growing to about 23 inches, these fish can weigh up to 5 pounds. They are caught in great numbers near Cape Cod.

With a deepwater flounder, the windowpane is normally found about 150 feet down. They live along the Atlantic Shelf, off the East Coast of the United States. These fish are very light with dark brown spots and grow to roughly 18 inches when mature.

Almost as dark as mud, these fish are small and never grow more than 12 inches in length. At a near maximum weight of 1 pound, they do not have very much meat and are therefore pressured less by anglers. They are found from the Chesapeake Bay to the Gulf of St. Lawrence. 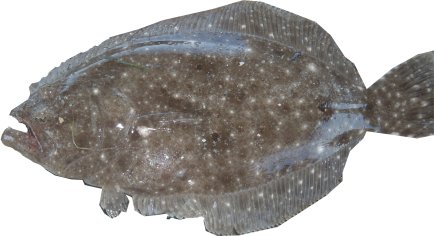 What Do I Need for Flounder Fishing? (Must Have Equipment)

Gear for flounder fishing will vary slightly based on whether or not you are fishing in shallow or deep water.

Most are caught in the shallow bays or estuaries, so gear does not have to be very heavy. Because the most common flounder are small, typical bass gear and live bait setups will do the trick.

Flounder are not huge. Typically, you will not find too many fish being caught that are over 20 inches, and the legal keepers are 14 inches in most regions where they are caught.

This, paired with the fact that flounder live in shallow water, will let you get away with using a small, lightweight rod. Using a  6- foot to 8-foot medium-fast action rod will be plenty. Reel size can be anything larger than a 25 (sometimes referred to as 2500) size.

Flounder are designed to eat baitfish. They lay in waiting for baitfish to swim within striking distance and ambush attack. This means you should try your best to use baitfish-style jigs or live bait. A major key when fishing for flounder is to have a natural presentation.

These fish will generally feed on bait that is moving with the current, not against it. So when casting or drifting, make sure your bait or lures are flowing with the current. Also, chartreuse is a great color for catching flounder when using a jig or paddle tail swimbait.

Line size will be heavier than you would think for the size of the fish. With a normal casting rig, you would think that a 10-pound test line would be plenty for a fish this size. The thing is, running a tandem rig requires you to run heavier lines, and that is the traditional setup for catching these fish.

Most anglers will run a tandem setup, meaning that they have a jig at the end of their line but also have one tied on a few feet up. Tying that knot for the suspended jig creates a weak spot in the line, which the heavier 30-pound test makes up for.

Gigging flounder is generally done during the dark. Anglers use a trident spear to take flounder from shallow bays with these tools. This is generally practiced on the Gulf Coast and is a great way to take multiple fish on a single outing.

A fish ruler is a tool that inexperienced giggers use to lay next to a flounder as it lays still, waiting on its next meal. The fish do not move, so laying a ruler down shows that a fish either is or is not of legal keeping size.

How to Catch Flounder (Tips from a Pro Angler)

Pier fishing for flounder is one of the tougher methods of catching these fish. Because they do not move a ton, you have to be one of the early birds to catch fish that have moved in overnight. The flounder feed on bait that swims around the pier pylons, so positioning your bait along with the natural built will give you the best chance at hooking up.

Flounder fishing from a boat is the way to go. You can sneak up into the shallows and cast out or drift over flounder you spot and have great chances of hooking into one. Because you are mobile, trying multiple spots is easy by boat. You can also put fish in the live well of a boat so that you can throw back less desirable fish if you get into a group where you are catching a bunch of fish.

Shore fishing for flounder can be done in tidal pools, rivers, or in the surf. Because the fish like flat bottoms in shallow water, they are easily caught from just about any shoreline in either salt or brackish water. Cast out live bait or bottom bounce a shoreline, and you are bound to catch some flounder if they are around.

The drift and bounce

Probably the best method of catching flounder is the drift method, bouncing your jig or swimbait along the bottom. It is super simple, and you can use either one or two baits on your line at the same time. The trick is to drift with the current, not the wind. Drop your bait down until it touches the bottom and then reel up about a foot, then drift along subtly jigging your bait until a fish bites. Because you are not using circle hooks, be sure to set the hook so that the flounder does not spit the bait and get away!

If you have a flat bottom boat and a spear, you can have so much fun gigging flounder. Take the boat into the shallows at night and use a lighting setup to spot the fish lying along the bottom. Once you decide that the fish is of the proper size, jab them with your spear and yank them topside. Piling up flounder on a night of gigging with friends is almost too much fun.

Where to Catch Flounder? (5 Regions Where Found)

Everything is bigger in Texas, including the Southern Flounder. Female fish of this species can grow to 25 inches, so they are traditionally targeted in Texas. These fish are also known to be the best-tasting flatfish, so they are pursued by many anglers. Texas flounder fishing tips are to gig them or drift jig for them in the Gulf. The high numbers of fish mean that there are plenty to pursue, so bring friends and family and catch yourself a flounder feast.

Catching flounder at John's Pass or Fort De Soto Park in Tampa Bay is one of the hottest bites during the summer. Using cut bait or live bait in the shallow flats adjacent to the structure will have you catching tons of flounder, among all the other possible saltwater species in these waters. Fishing by the marinas is a great place to start if you are an out-of-towner on vacation or do not know where to start.

Fishing for flounder in NC is as good as it gets. Fishing for flounder in Murrells Inlet is the best of the best. This area of the country has both local and migrating fish that live within its waters, making it a flatfish Mecca. All methods and techniques are utilized by locals and tourists alike down here. Once you get your fill of flounder, head off into deeper waters and try your hand at catching some reds.

You won’t hear anyone talking about flounder up in the Northeast. This is “fluke” country. While some people call all flatfish flounder, these anglers in the cold water refer to the summer flounder as a fluke. Fishing from boats or piers is most common, and the fish can grow to about 2 feet in length.

The back bays of Alabama are home to significant populations of flounder. Fishing piers and pylons around docks and bridges will be your best bet. Incoming tides make for a great time to fish these spots because the rising water brings fresh bait into the shallows where the flounder live and feed. Mobile Bay is a great place to start if you are in town visiting. 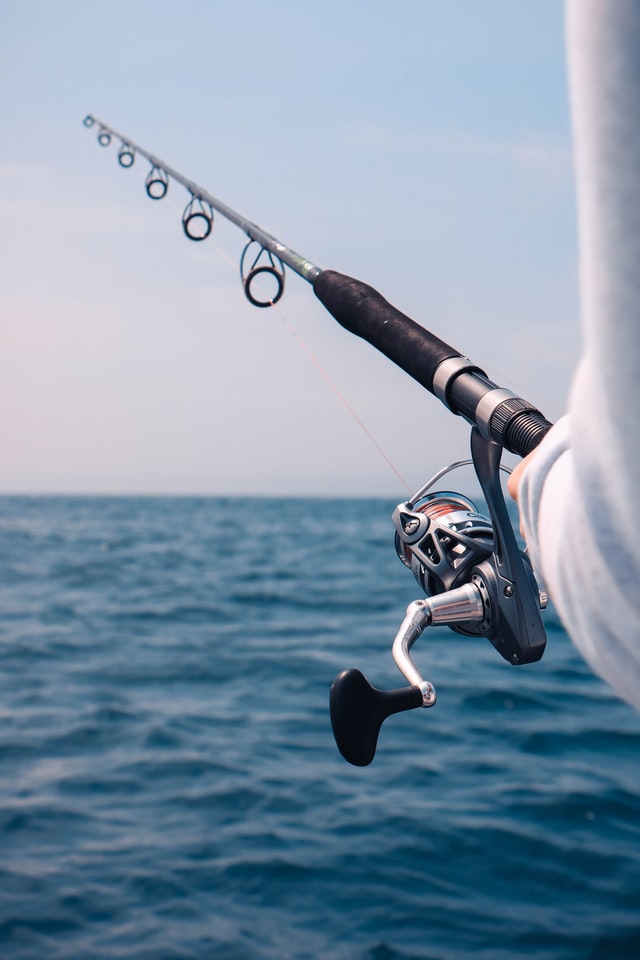 What size hooks for flounder?

Jig hooks and live bait hooks in the 6/0 to 8/0 size work well for flounder. They have a mouth that is similar in size to bass, so keep that in mind as you are shopping for the tackle. Most jig heads and swimbaits will do just fine for flounder.

What is the best bait for winter flounder?

Bloodworms and sandworms are great for catching flounder in the winter. The best bait is always going to be what the fish are naturally feeding on during any given time of the year, so do not pigeonhole yourself by being married to any specific baits. Pay attention to the bait that is in your area and try using or mimicking that.

What is the difference between a fluke and a flounder?

Fluke vs Flounder, what's the difference? Fluke is another term for a flounder found in the North Atlantic. They can also be referred to as "Summer Flounder." Some Chesapeake Bay anglers refer to Striped Bass as "Rockfish," which is the same sort of situation.

So, while flounder may not be the largest or best-looking fish, they are one of the best eating and most fun to catch fish in saltwater areas. Just the thought of filleting up a batch of flounder and stuffing it with crab meat is making me salivate as I write this, so go out and try your luck, have fun, and tell your friends about the tricks you’ve learned!