Combining the precision and discipline of archery with the patience and sport of fishing, bowfishing is a thrilling activity for new or experienced anglers.  In fact, you can bow fish even if you’ve never fished or hunted before in your life.

In this article, learn how to bow fish correctly and effectively, and garner some tips and tricks to quickly master this exciting sport.

What Is Bowfishing? (Overview + How It Works)

Bowfishing is, essentially, the same thing as hunting with a bow: you’re just targeting fish in the water rather than game in the woods.

This popular sport got its start thousands of years ago when aboriginal peoples and ancient Aztecs invented ways to project spears into the water—much farther and faster than humans were capable of doing on their own.  Bows, as we now know them, gradually replaced this method, moving from battlefields to the hunting arena as the centuries progressed.

Today, of course, bowfishing is rarely (if ever) done for survival purposes like it was back then. Instead, it’s evolved into its own recreational sport, complete with rules, proper form and techniques, and federal and state laws to regulate the sport and make it safer. 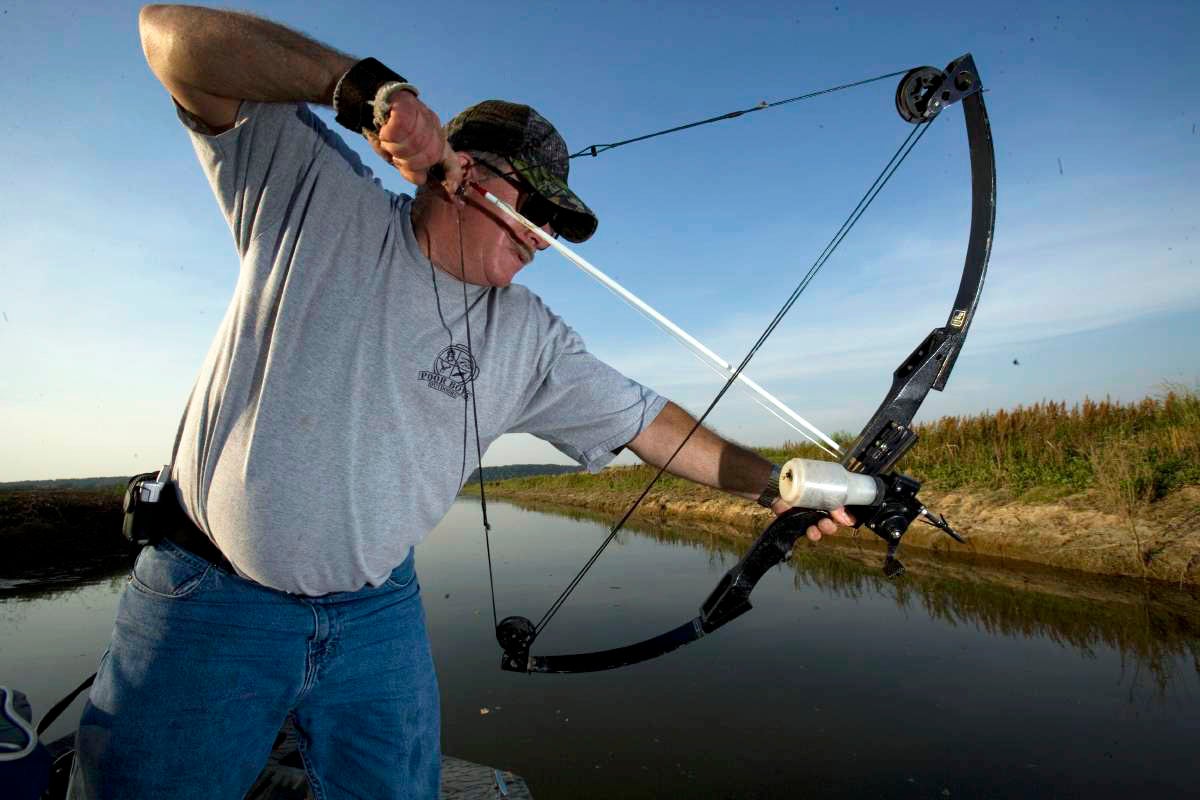 New bow fishers can get by with very basic bows to start. A recurve or mechanical compound bow will work nicely; the former is preferred since it’s easier to handle. Don’t go for bulky, heavy bows, however. These have far too much draw weight (the force you need to draw the bow and shoot), and your arm will get tired pretty fast.

A reel support and arrow rest are a must, but you can skip any extra bells and whistles when you’re still learning the sport.

When selecting the most effective bowfishing reel, consider each type’s advantages and disadvantages.

Bottle reels consist of a housing and handle and require little more than drawing back and letting go. The main downside of bottle reels is that they aren’t ideal for distance shots.

Another great option for beginners is a hand reel. Its drum-and-spool design is free from small components that can break or jam.  However, be aware that it’s called a “hand reel” for a reason: you have to manually reel in your line, requiring gloves—and extra work.

Finally, you might opt for a spincast reel, virtually identically to those found on fishing rods. Retrieval is faster, but the price tag is heftier. 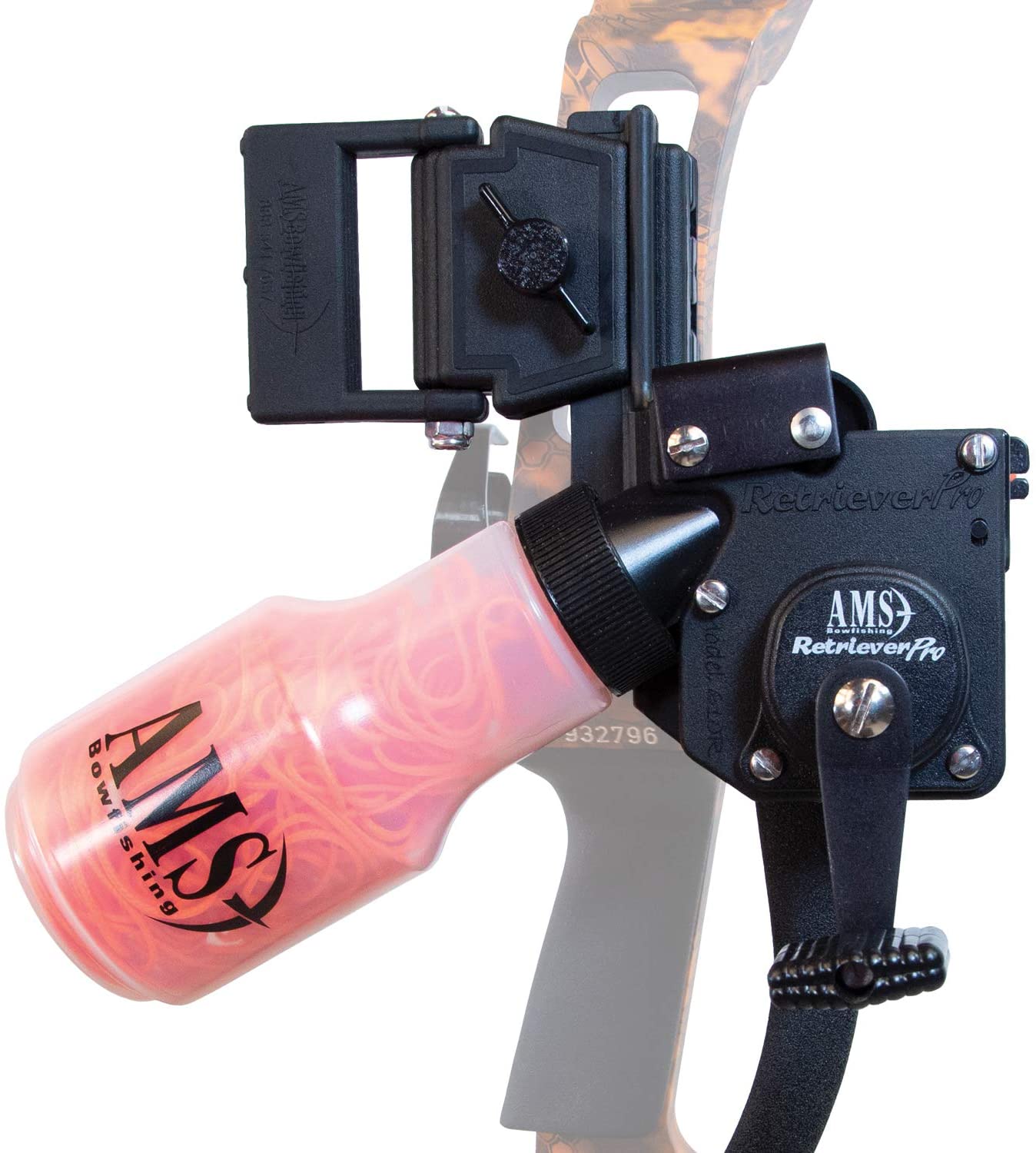 Bowfishing arrow shafts can be made from carbon, fiberglass, or both. Carbon is strongest, which is helpful when you’re targeting large and powerful catches. Due to their price, however, you might want to grab fiberglass arrows instead.

As for the points, remember the game you’re targeting.  The barbs on bowfishing arrow tips help keep your fish on the line as you reel in, but you don’t want it to go too deep (or not deep enough). 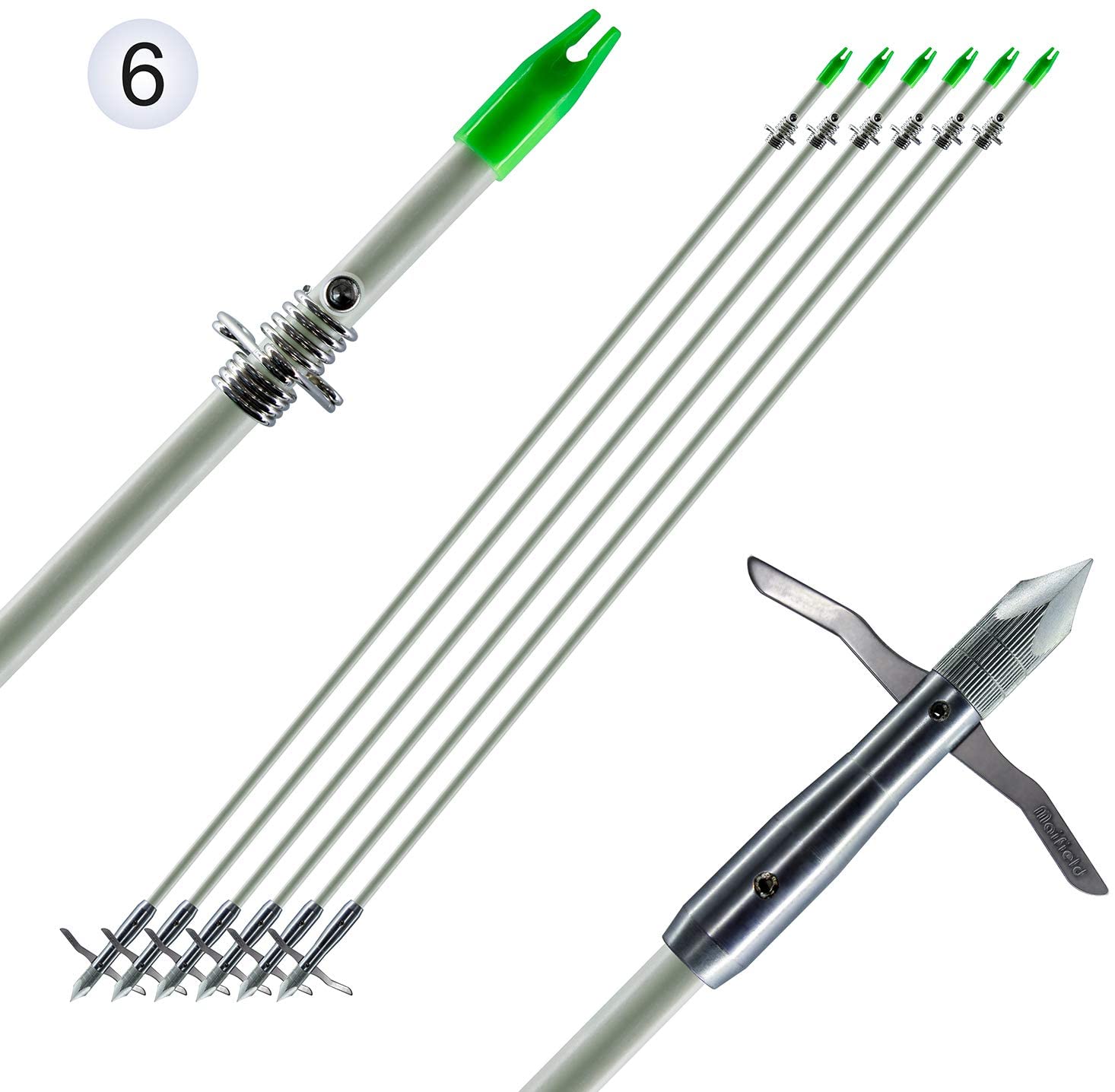 How To Bow Fish: Important Tips For Beginners

While bowfishing isn’t terribly difficult to learn, there are some tips, tricks, safety precautions, and general guidelines to make the sport as effective and fun as possible.

When aiming your bow at a fish, account for the refraction of the water by aiming 6 inches lower than you think you should. More advanced bow anglers will aim using the 10-4 rule.

3. How To Bow Fish At Night

Night bowfishing is extremely popular because, like traditional angling, more fish are biting after sundown, and competition is less fierce. There’s also an extra element of excitement, shooting your bow at night.

You’ll need a bowfishing boat rigged with downward-facing lights, which improve visibility (and safety). More fish will be swimming in the shallow waters due to decreased temps, so even large catches can turn up when the sun goes down. 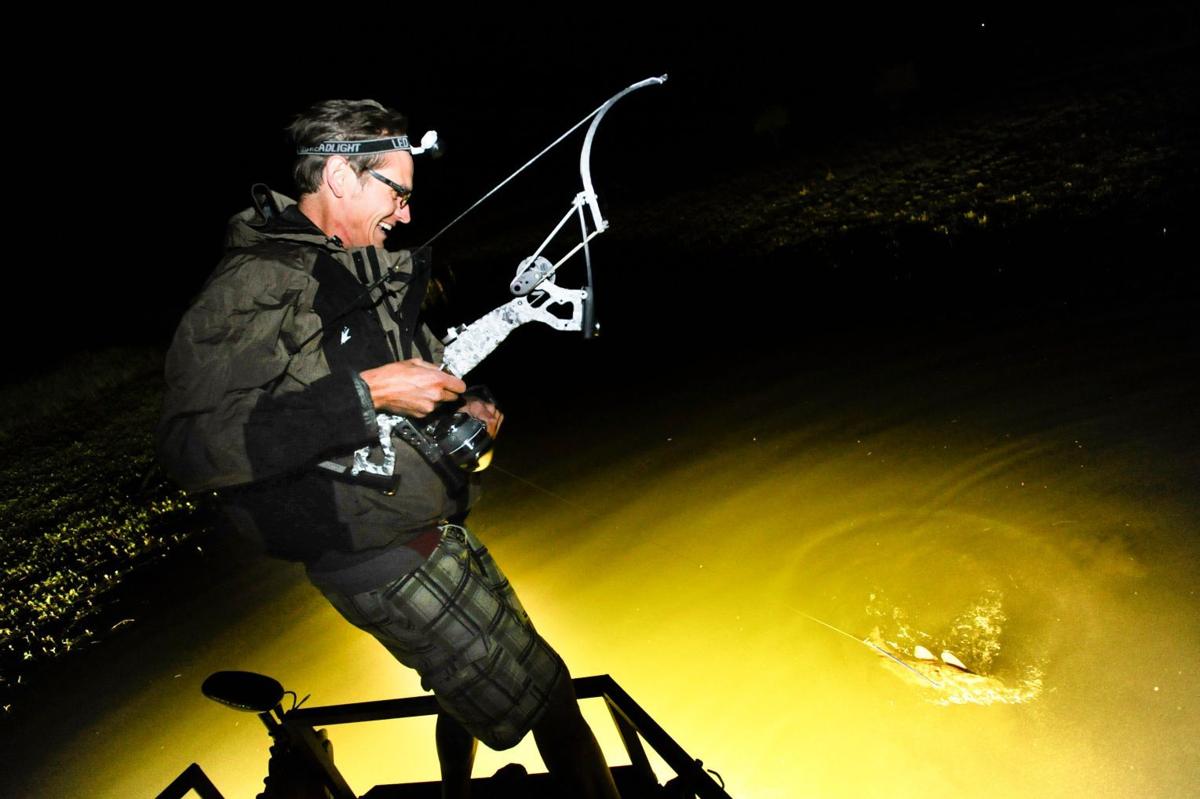 5. How To Bowfish From Shore

6. How To Pick Bowfishing Hotspots

Do you need a special bow for bowfishing?

Yes, you can bowfish with a normal bow, but it will have to be modified with a reel. Another factor to consider is your bow’s weight. While a heavy-duty, very powerful bow is a must for big land game, bowfishing targets are smaller and closer. That power and weight aren't necessary—and will tire you out considerably faster.

What is the best draw weight for bowfishing?

A draw weight between 25 and 40 pounds will suffice for most bowfishing, especially when you’re doing close-range shots in the shallows. Avoid draw weights exceeding 60 pounds since this can drive your arrow into the bottom and make retrieval too difficult.

Do you need a sight for bowfishing?

Most bow fishers skip sights in favor of their own two eyes. Bowfishing happens much more quickly than bow hunting on land. While a scope can help you spot a grazing deer or wandering turkey, a fish might be long gone by the time you’ve set your sight on it.

Bowfishing is a lively sport that marries the patience and fun of traditional fishing with the excitement and power of bowhunting.  Best of all, you can bowfish even if you’ve never cast a line or drawn an arrow before. With practice and some basic equipment, bowfish novices can quickly become masters—and angling pros might just discover their new favorite way to fish.