Trout fishing is the fourth most popular prey in North America for good reason. These tasty cold-water catches can be found across a wide variety of waters, but are particularly populous in Pacific Ocean tributaries.

Whether you’re aiming for rainbow, brook, or brown trout, experienced anglers know that picking the right season for trout fishing is just as important as choosing the right reel.

Understanding trout behavior can help you tailor your approach and improve your angling. For easier catches and larger hauls, read on for our comprehensive guide on the best time to fish for trout!

Trout prefer cold moving water, such as creeks and rivers, but can also be found in larger or stocked lakes. Cold-blooded trout will generally be more active in warmer waters. A good rule of thumb is to consider the current temperature on your skin: if it’s uncomfortable for you, it’ll be uncomfortable for them. The colder it is, the deeper you’ll have to aim, as trout gather in slow-moving schools in warmer depths.

Famished and occasionally frisky depending upon the species, trout have a far more active metabolism once waters begin to warm in the spring. However, this activity tends to drop off in some of the hotter summer months.

A long-standing myth claims that trout will learn to recognize and avoid lures, but their decreased metabolism in waters over 60 degrees Fahrenheit may be another reason. Aim for cooler waters in the deeper pools of rivers and creeks during hot months, preferably shaded. 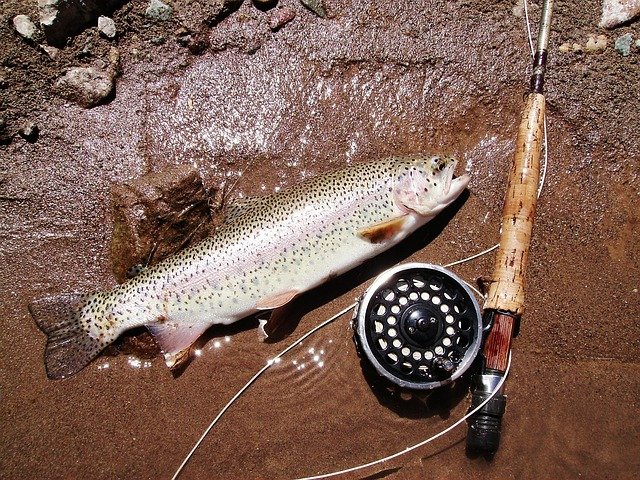 General Factors to Consider When Fishing for Trout 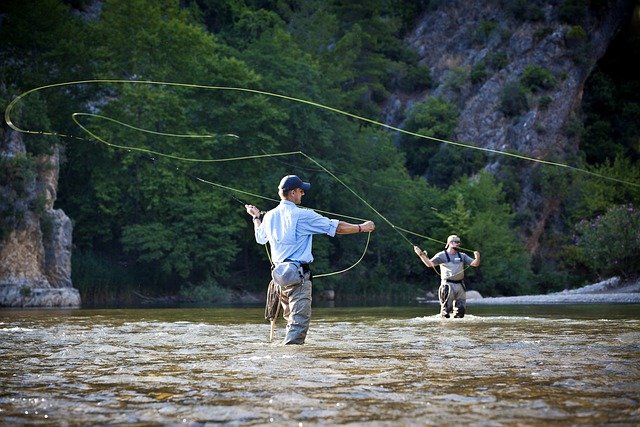 Favorable Time to Fish for Different Types of Trout

Brown trout are some of the most common and largest trout. Brown trout spawn in the fall and actively pursue insects and insectoid lures in early spring. The best time to fish for brown trout is during feeding time in late spring or early summer evenings.

Lake trout avoid bright lights, so aim for cloudier days or just before storms to draw them up from their depths. Notoriously fond of lurking at the bottom, the best time of day to fish for lake trout is between dawn to late morning or just before and after dusk.

The most commonly caught trout in North America, rainbow trout, can be found in both lakes and rivers. Rainbow trout spawn in the spring and are most active in waters around 60º Fahrenheit. The best time to fish for rainbow trout in a lake is later morning and early afternoon.

Fishing for Trout in Different Locations

Is trout fishing better in the morning or evening?

When deciding what’s the best time to fish trout, morning is consistently better than evening. Fishing for trout at night can be hit or miss unless there’s local insect life or a bright moon.

What months are best for trout fishing?

Although spawn seasons may vary, Late April to June is the best time of year to fish for trout.

How to fish for trout in the late afternoon? In the early morning?

As waters grow cooler in the afternoon, trout tend to swim deeper. We recommend trolling for trout in afternoons up until dusk. Dry flies work well in afternoons as well as early morning. Mornings allow for shallower presentations, as trout loiter closer to the surface in search of warmth. Brightly colored swimbaits, tubes, or critter lures work well.

Do I need to be quiet when fishing for trout?

Not necessarily, but it helps. Avoid loud noises that may cause disruptive vibrations and “spook” the fish.

Is it good to fish for trout during rain or during a storm?

Yes! So long as you can do so safely, fishing just before or during a storm often yields a larger haul thanks to the barometric pressure. Many insects also get washed into rivers during storms, leading to a trout feeding frenzy.

Once you’ve decided on your target trout species, finding the right bodies of water and lures can take some trial and error. But strategically choosing the right weather conditions and researching when’s the best time to fish for trout will drastically increase your catch. Tight lines!