Catfish are a great-tasting and hard-fighting fish, but you can easily gain the upper hand by tailoring your angling approach.

The most popular species of catfish are Blue, Channel, and Flathead Catfish, although some anglers also enjoy bullheads and white catfish. Catfish are predators with fierce fighting instincts and excellent senses.

Catfish have fantastic vision in clear waters, lateral line sensitivity to vibrations, and an infamous sense of smell. They can trace scents down to a parts-per-billion, making stinkbaits a popular choice. 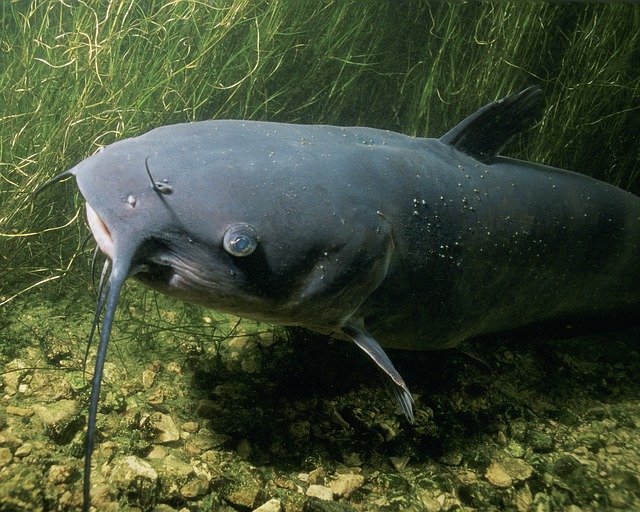 Factors to Consider When Fishing

By Time of Day

Since some catfish are nocturnal, such as flatheads, daytime fishing can limit your target species. Night is the best time of day to go fishing for catfish, with cats beginning to strike an hour before sunset and well through the evening.

Catfish activity tends to taper off an hour after sunrise in mild weather, but daytime can still yield some great blue cats. Fall to early winter can offer some excellent daytime catfishing, lasting from late morning up till sunset.

Winter can be a tricky time for catfishing, as catfish metabolisms slow in cold waters and they burrow into warm mud. Look for the deepest holes near the mouths of streams and reservoirs, and look for snow or rainstorms that will excite otherwise sluggish cats.

Early spring can be cold, so wait for late spring waters to warm up to 50 - 55°F. Shore fishing works best in spring from sunset till sunrise. Once waters reach 65 - 70°F in early summer, the catfish spawning season is the best time of year to fish for catfish.

Fall can also yield some decent hauls, particularly in early autumn, as aggressive catfish eat to put on winter weight. Shad works particularly well, but later fall cats need live or cut bait to lure them out of warmer depths.

By Types of Catfish

Blue catfish are the biggest cats, with a record catch of up to 143 pounds. Scavengers and predators, blue catfish are opportunistic predators that enjoy crayfish, mussels, and baitfish. They move upstream in the summer and lurk in deeper lakes and main river sections than flatheads.

Flatheads often share ranges with blue cats, but these solitary fish are hard to find and even harder to land. Massive fighters, nocturnal flatheads can be found throughout Mississippi, Missouri, and Ohio River basins. Channel catfish are much smaller than their cousins, with most weighing in under 20 pounds. Although frequently confused with blue catfish, channel cats have a rounded rather than pointed forked tail.

Fishing For Catfish in Different Locations 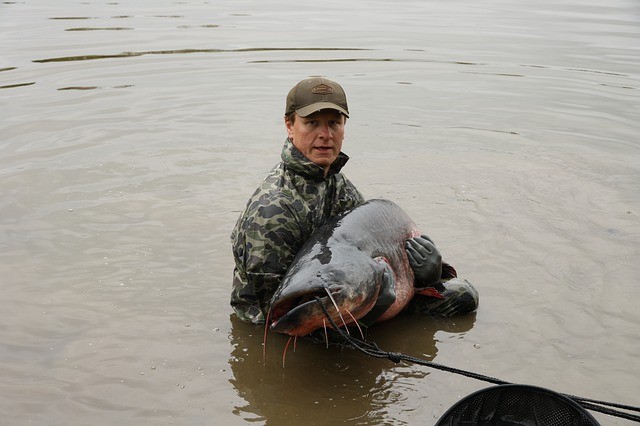 What time of day do catfish bite the most?

This depends on the species, as blue catfish can bite during the early morning to late afternoon. But most catfish prefer just after sunset.

How do you best catch catfish?

Catfish are ambush predators, so look for the mouths of strong currents or woody, vegetation-rich holes. Jigging reels traditionally works best, and cats will strike on shad, minnows, crayfish, and other stinkbait.

Do catfish feed more at night or during the day?

In spring and summer, catfish feed more during the way, but cooler autumn and winter temperatures will see them feeding during sunny days.

How deep should you fish for catfish?

Catfish can be found in shallows 5 - 10 feet deep during spring and summer but will often dive down to 15 - 35 feet or deeper in the winter so its a good idea to have a fish finder with you.

What are the best size hooks for catfish?

No matter what state you’re in, it’s likely that catfish are in your local waterways. Research your region and species, remember what’s the best time to fish for catfish, and you’ll be sure to land a hefty haul. Tight lines!