Fierce, fast, and always up for a fight, fishing bass can make for a rewarding challenge. But anglers can improve their chances of landing a catch with a little extra strategy. If you’re looking for a great bass haul, read on to learn more about bass behavior, species, and when’s the best time to fish for bass.

Considerations Before a Bass Fishing Session

First, ensure you have the right gear. We recommend a 6-7 foot baitcaster rod with a solid spincast or baitcasting reel, although stronger spinning reels also work well. Aim for earlier mornings or later afternoons, as bass bite best in low light conditions. Finally, make sure you choose the best time to fish for bass. 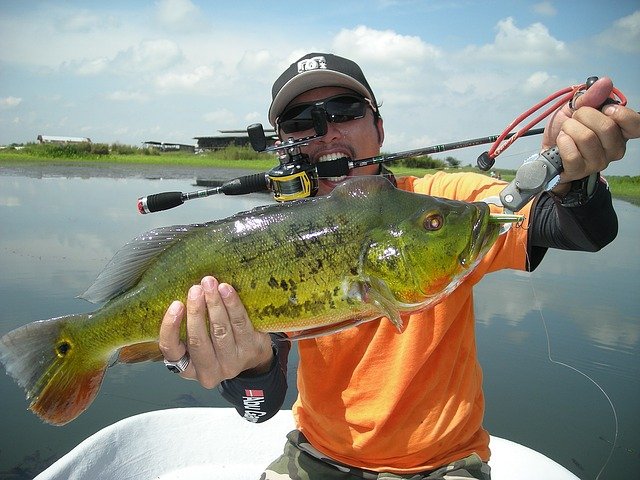 Best Period of the Year to Catch Bass

Water temperature is always a key consideration for the best time of year to fish for bass. Bass are most active during the spring and summer months, as they prefer an average water temperature between 60 to 80°F. Cooler temperatures tend to make them lethargic but, as waters begin to warm, they become eager to bite whatever’s within reach.

Post spawn bass fishing can be trickier, as new parents are wary of leaving the safety of cooler, deeper waters throughout the summer. We recommend looking for deeper creeks and river channels and deep cranking or dragging jigs.

Best Time of Day To Fish For Bass

Early afternoon is the second-best time, as limited sun exposure brings bass up from the depths. 5 - 7 pm is the best time of day to fish for bass in summer, as longer afternoons allow for low light conditions and mild weather.

You can also fish for bass at night as they enjoy the low-light conditions, but they will need some light. Check lunar charts and try your hand during bright, moonlit nights. That being said, can you catch bass in the middle of the day? Absolutely. Just aim for days with ample cloud coverage or, better yet, rainstorms.

Winter can be a difficult time to fish for bass, as they prefer to save their energy by huddling beneath cover in deeper waters. Bass are rarely active in waters under 40°F, and we recommend fishing during steadily rising temperatures rather than abrupt warm spells. The best time to fish for bass in winter is mid-afternoon, when the water temperature is at its highest.

The best time to fish for bass in spring is generally during dusk and dawn, preferably after the last winter’s cold snaps. Bass will dive deep during cold fronts, but swimbaits and worms can lure them upwards. Once waters are around 55°F, bass will begin to spawn, making them aggressive and hungry.

Once the spawning season ends, bass will be at their most active and hungry for topwater baits, jigs, and plastic worms. The best time to fish for bass in summer is during early to late morning and later afternoons stretching into early evenings. Once hotter temperatures propel bass back to cooler depths, look for days with cloud cover.

Temperatures cool as summer ends, and the best time to fish for bass in fall is earlier months like September. Bass will generally have a last major feeding before heading into winter, and swimbaits or spinnerbaits will work well during windy autumn mornings or late afternoons.

Best Time to Fish for Different Types of Bass

Anglers often wonder; When is the best time to fish for largemouth bass? And are largemouth bass active at night? Largemouth bass prefer to hunt in low-light conditions but still rely on some visible light to catch their prey, making dusk and dawn the most likely time to get a bite.

When researching what’s the best time to fish for striped bass, migratory patterns are key. Striped bass migrate in both spring and fall, seeking waters between 55 to 68°F. They’re most likely to bite during sunrise and sunset, particularly during rising or falling tides.

Smallmouth bass may have a smaller bite than largemouths, but their predatory strike and low-light vision are just the same. The best time to catch smallmouth bass is during the summer, when water temperatures and metabolisms are at their highest. Aim for early morning, late afternoon, or cloudy days.

The best time to fish for white bass is shortly after their spring spawn season, when they migrate up to creeks and rivers to spawn in March to May. April and May generally yield the most hungry bass, as the nomadic species migrate back to open waters. They prefer waters over 55°F.

Peacock bass are easiest to catch between March and May but, since the species spawn multiple times in warmer climates, the best time to fish for peacock bass in Florida is nearly year-round. Highly temperature-sensitive, peacock bass prefer the warmer waters of April to October.

Best Time to Fish for Bass in Different Locations

Texas’ warm coastal waters make it a popular destination for bass fishing, but the cooler waters make early mornings the best time to fish for bass in Texas. Texas’ shallow shores make for plenty of flooded cover that bass prefer to lurk in during bright sun, but they can also be found in cooler depths of ledges or channels.

Florida is another popular coastal state for bass fishing, with a climate that allows for bass fishing throughout the spring and into autumn. The best time to fish for bass in Florida is during the tail end of their multiple spawning seasons, with the last big spawn for peacock bass taking place from September to October.

Northern climates are another matter entirely, as the best time to fish for bass in Michigan is during the early spring pre-spawn. Michigan’s windchill can drive both largemouth and smallmouth bass to warmer depths, so we recommend waiting for waters to reach at least 60°F or angling during mild afternoons.

Long Island is a hotbed for striped bass, but New York state legislature prevents over-fishing the population by limiting the fishing season. As such, the best time to fish for striped bass in NY is from April to mid-December, with the best surf-angling found during the windier spring and fall months.

Frog fishing a popular approach with largemouth and smallmouth bass, particularly closer to the shore or above water weeds. The best time to frog fish for bass is early morning or late afternoon.

Other topwater baits are similarly popular with freshwater bass, and they tend to work best in lower light with a slight ripple to the water. The best time to fish topwater for bass is on cloudy days.

Spinnerbaits are popular with sluggish post or pre-winter bass, making early spring and late winter the best time to use spinnerbait for bass fishing. Topwater lures work well in calmer waters, but spinnerbaits are best for wind or bad weather.

Lighter jigs are also well-suited to plumbing the depths for winter or summer bass, but faster, brightly colored jigs also work well in post-spawn spring months. The best time to jig for bass is generally post-spawn in late spring to early summer. 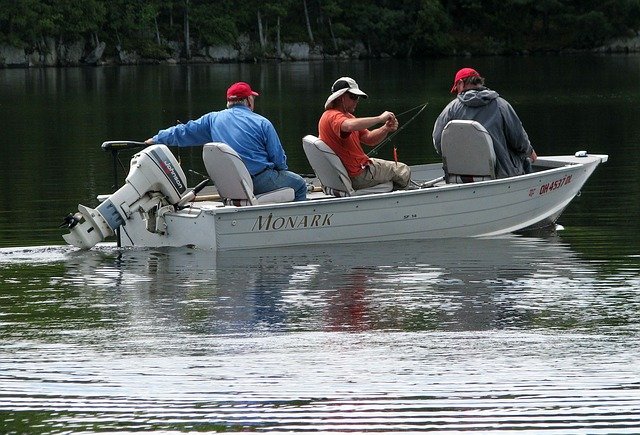 What month is best for bass fishing?

Although each species’ spawn season is unique, post-spawn generally has some of the best bass fishing. Otherwise, the best time to fish bass is spring and fall.

What colors do bass see best?

What is the best bait to use for bass fishing?

Matching your bait to your species and environment is key, but we recommend spinnerbaits, crankbaits, jigs, topwater lures, and plastic worms

Bass become sluggish and unwilling to bite in waters 40°F and below.

What water temp are bass most active?

Even for the most experienced of anglers, bass will rarely give up without a fight. But researching species behaviors, the best bass equipment, and what’s the best time to fish bass can help you even the odds. Tight lines!